To share your memory on the wall of Thomas Lawhead, sign in using one of the following options:

To send flowers to the family or plant a tree in memory of Thomas Lawhead, please visit our Heartfelt Sympathies Store.

Receive notifications about information and event scheduling for Thomas

Print
Military honors will be at 4:15pm

We encourage you to share your most beloved memories of Thomas here, so that the family and other loved ones can always see it. You can upload cherished photographs, or share your favorite stories, and can even comment on those shared by others.

Posted Jan 07, 2020 at 11:20pm
From as far back as my memory goes, I can recall my Pap always walking with me, or on occasion running after me. Through the streets of his South Philipsburg neighborhood, often stopping at the Chalet Park playground, we would put our feet on the ground and just go. Around the age of 3 or 4 the tricycle came out, followed by the Power Wheels Jeep, and then only Pap was walking because I was cruising in style. It was a very frequent occurrence to see the two of us walking from his house to my parents house near Pleasant Hill. If I would get tired, he would keep going, with me riding shotgun on his shoulders. I vividly remember visits to my Great-Grandmother Snyder over at Mountain Laurel in Clearfield. I woukd be perched on his shoulders, guiding him through the nursing home to her room (or the vending machines) by pulling on his hair like reigns on a horse. On occasion, a walk from Mountain Laurel, through the cornfields, to the back entrance of the Clearfield mall to get some rainbow ice cream from Dipper Dan’s was all I needed to make my night. Pap also gave me my first driving lesson, or rather lessons, starting around the age of 5. I would perch myself on his lap in his 1980-something AMC Eagle and drive the two mile trip home. I didn’t have the first clue on how to work the pedals, but I quickly became an expert steerer. These are some of my first and fondest memories of my Pap. He truly loved being a grandfather, and I was lucky to probably benefit the most from that, being the first of five grandchildren. The love of being a grandfather also carried over to being a great-grandfather to Colby, Cooper and Braxton. While these are far from all of my memories, they are some of the very first ones. I’m gonna miss you Pap. Rest easy and say hello to Gram for me. 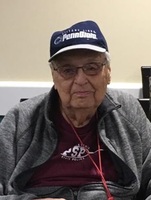 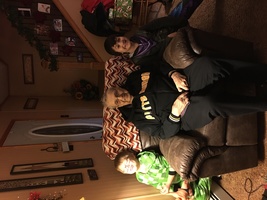