To share your memory on the wall of Shawn Brown, sign in using one of the following options:

To send flowers to the family or plant a tree in memory of Shawn Brown, please visit our Heartfelt Sympathies Store.

Receive notifications about information and event scheduling for Shawn

Print
Services are private at the convenience of the family.

We encourage you to share your most beloved memories of Shawn here, so that the family and other loved ones can always see it. You can upload cherished photographs, or share your favorite stories, and can even comment on those shared by others.

Posted Nov 21, 2020 at 01:11pm
I was so saddened to learn of shawn's passing. I'll always remember his smile and his friendly greeting of "Hi Ron, how are you ron?" He had such a sweet personality. That's what I'll miss most about him. He was just a good person.
Ron Brackn
Comment Share
Share via:
BC

Posted Nov 19, 2020 at 01:43pm
Shawn was our greeter. He called me Barbie, so I’d call him Shawnie, I’ll miss him so much. Please know that he was loved by many. We also spoiled him, he was definitely loved. He talked about all of you. He told me and others, that his Mom told him, that when he dies, he will be with her and will be able to walk. Sincerely Barbie Coudriet
Comment Share
Share via:
AR

Posted Nov 18, 2020 at 02:13pm
I was one of Shawn's friends and caregivers at Sunny Days. HIs smile, love for life and his friends and that wonderful laugh were so infectious. He loved Lincoln Logs, cars, video games and pretty ladies! I loved that he would come into my office each day to tell me how pretty I looked or to tell me a new joke. He was mischievous and loved to play tricks and jokes on people.... Oh that smile! I'll miss him greatly, but I can only imagine his smile when he saw his mom again. My deepest sympathies to his family, friends and loved ones.
Comment Share
Share via:
HS

Posted Nov 17, 2020 at 05:34pm
I was one of Shawn’s many friends at Centre Crest. I sat with him every day in the dining room where he watched videos about cars on the TV there. He definitely loved cars! I’ll always remember the day he brought his case of matchbox cars from his room to show me, he was so proud of them! Shawn loved everyone and was dearly loved in return. We’ll always remember his laugh when he learned a new joke from the girls in admissions, or the day his best buddy “Derin” spilled his soda. His laughter and joy were infectious at a time when our days could be pretty gloomy. He brought joy to us all. Sincere condolences to his family, and also a grateful “thank you” for sharing Shawn with us. He was indeed a special angel and we’ll never forget him.
Comment Share
Share via: 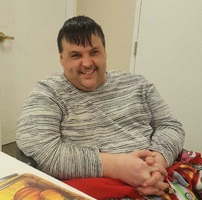