To share your memory on the wall of Melvin Mason, sign in using one of the following options:

To send flowers to the family or plant a tree in memory of Melvin Mason, please visit our Heartfelt Sympathies Store.

Receive notifications about information and event scheduling for Melvin

Print
Services are private at the convenience of the family. A public celebration of life service will be held at a later date.

We encourage you to share your most beloved memories of Melvin here, so that the family and other loved ones can always see it. You can upload cherished photographs, or share your favorite stories, and can even comment on those shared by others.

Posted Mar 21, 2020 at 07:05pm
Many sleepovers on weekends with us all growing up together in the attic bedrooms and that closet that went on forever with the clothes for you all. Our youth group outings ! We were all so nieve then. Ill never forget

Posted Mar 21, 2020 at 04:15pm
Uncle Bud, aka The Barber, was such a Godly man. The memories I have of him are too many to count and they are a source of great joy. You are missed already, Uncle Bud.
Comment Share
Share via:
CM

Posted Mar 21, 2020 at 04:05pm
Always known to me as Uncle Bud. He was one of the finest men that I have ever known and I was privileged to have known him.
Comment Share
Share via:
WJ

Posted Mar 21, 2020 at 03:14pm
Mel was such a nice man, Always kept me informed of road issues he would see on his daily walks. Rest in peace my friend.
Comment Share
Share via: 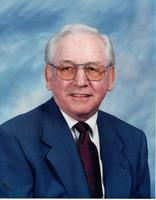