To share your memory on the wall of M. Carole Redmond, sign in using one of the following options:

Provide comfort for the family by sending flowers or planting a tree in memory of M. Carole Redmond

Provide comfort for the family by sending flowers or planting a tree in memory of M. Carole Redmond

To send flowers to the family or plant a tree in memory of M. Carole Redmond, please visit our Heartfelt Sympathies Store.

Receive notifications about information and event scheduling for M. Carole

We encourage you to share your most beloved memories of M. Carole here, so that the family and other loved ones can always see it. You can upload cherished photographs, or share your favorite stories, and can even comment on those shared by others.

Posted Aug 12, 2020 at 01:39pm
To the family of Carol Redmond: I was saddened to learn of my cousin Mary Carol's passing. I have many fond memories of our time together when my brother David and I would visit the Lowells in Sharon. We would often play with Joanne, Mary Carol, Ricky, the twins Dode? and Rosebud, and Gary. Good times together. Playing, picking berries at Uncle Jerry's and Aunt Lena's, vacationing on Lake Erie with Russ, Elizabeth, Linda and Beverly, visiting her house where my father grew up. I remember Mary Carol as fun loving, bright, energetic, and an organizer. I regret we lost contact as adults. You have my sympathy. Cousin Joe Uhl, uhl@purdue.edu, West Lafayette, Indiana
Comment Share
Share via:
SH

Posted Aug 12, 2020 at 11:13am
Aunt Carole always had a big smile and a big heart. I remember many fun trips to visit her in Pennsylvania as a kid. I know she had a deep love for her family. My thoughts and prayers are with Bryan and Karen and their families. Also my thoughts and prayers are with Aunt Dee, Aunt Joanne, and Uncle Rick. May Aunt Carole now go and Rest in Peace with Grandma and Grandpa and Uncle Gary and my Mom Rose. We will miss you Aunt Carole!
Comment Share
Share via:
KL

Posted Aug 12, 2020 at 09:33am
Was sorry to see of carole's passing; i knew carole when she lived in lower burrell and we were active in bowling and just going out and having fun; she was an attractive lady with a big heart and friendly to all she met; i haven't heard from her or had contact with carole for many years; our lives eventually went in different directions when our bowling careers ended and i ended up getting married but i never forgot her and often had a kind thought of her and the fun times we shared........God Bless her and her loving family

Posted Aug 11, 2020 at 01:36pm
Carole loved talking to people. If we were in a restaurant waiting to be seated she would always talk to someone especially if they had children.
She loved her children, grandchildren and her great-grandchildren. She always looked forward to seeing them.
Carole had a big heart and if someone needed help she would do whatever she could to help them. Whether it was a neighbor or a close friend. She took care of Joe B. for months; always making sure he had what he needed. She took a friend's mother to numerous doctor appointments.
I remember the times when we were young and she would play "jacks" with Rose and me. And of course the time she broke an egg on my head. I can't remember why she did it but she thought it was funny. She loved to laugh and tell jokes. I will definitely miss her. I love you Carole! I know you are happy to be with Mom, Dad, Rose & Gary!
Comment Share
Share via:
KC 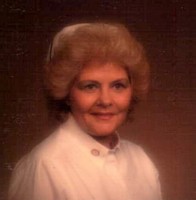