To share your memory on the wall of Gerald \"Champ\" Wilson, sign in using one of the following options:

To send flowers to the family or plant a tree in memory of Gerald "Champ" Wilson, please visit our Heartfelt Sympathies Store.

Receive notifications about information and event scheduling for Gerald "Champ"

We encourage you to share your most beloved memories of Gerald "Champ" here, so that the family and other loved ones can always see it. You can upload cherished photographs, or share your favorite stories, and can even comment on those shared by others.

Guaranteed hand delivery by a local florist
BE

My family and I are so sorry for your loss. While words fail to truly express the pain, know that our prayers and thoughts are there to encourage you. All humans feel the sting of death but the Bible gives comfort that God promises at 1 Corinthians 15:26 “And the last enemy, death, is to be brought to nothing”. This is something that has brought me and my family solace when we've lost loved ones and we hope it encourages. Take peace and comfort. For comfort from the Bible, please visit bit.ly/Deathjworg
Comment Share
Share via:
LB

Posted Nov 20, 2020 at 03:15pm
I am deeply saddened to learn about Champ’s death. He was a fine person and we thank him for his service to our country. I remember his baseball days; he was great! May he Rest In Peace.
Love,
Linda Ritchie Burns
Comment Share
Share via: 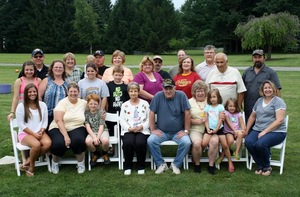 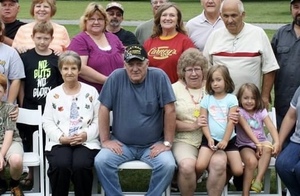 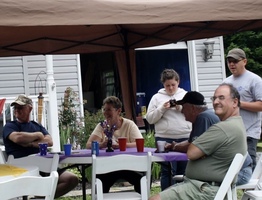