To share your memory on the wall of Donna Whitman, sign in using one of the following options:

To send flowers to the family or plant a tree in memory of Donna Whitman, please visit our Heartfelt Sympathies Store.

Receive notifications about information and event scheduling for Donna

Print
A private service will be held at the convenience of the family.

We encourage you to share your most beloved memories of Donna here, so that the family and other loved ones can always see it. You can upload cherished photographs, or share your favorite stories, and can even comment on those shared by others.

Posted Aug 10, 2020 at 03:26pm
Donna and I had a special friendship for over 50 years..we were sisters in Order of the Easter Star, played competitive, friendly bridge, our husbands were both Penelec-ers and we were neighbors...Donna was an extremely generous lady..I know this because she prepared and sent our family meals (complete with desert) when my husband was ill...I’ve been told that she graciously did the same for others in need...I can’t tell you how much I will miss her and will always remember her with love...my deepest sympathy to all her family and friends who loved her....We will see Donna again, until then, enjoy your memories! 🙏❤️💕
Comment Share
Share via:
A

Posted Aug 09, 2020 at 08:49pm
One of my first memories of my time at TUMC in Philipsburg was singing in the Cherub Choir, under the direction of Donna Whitman. Singing, and choir would continue to be a special part of my life. Donna was a very nice lady, and it was nice to be greeted with familiar smiles such as hers when I’d attend a church service, years between visits, having moved states away many years ago. Hopefully her family is at peace knowing she found hers.
Comment Share
Share via:
SL

Posted Aug 06, 2020 at 08:51am
Julie and Stan LaFuria want to say how special we thought Donna was. We liked her very much, from the very beginning when we first came to this area, Donna was soooo good to us. Being new to the area, you never know how people will treat you. Donna treated us GREAT! We will never forget her and will always think of her with love and respect. Our condolences go out to all of her family. God bless you all.
Comment Share
Share via:
DW

Posted Aug 03, 2020 at 07:59pm
One of the nicest people I have ever met. She always had a smile and a kind word for you. She will be missed by many.
Comment Share
Share via: 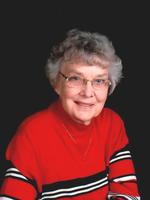