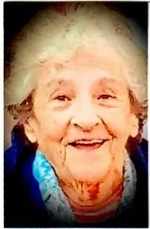 Jean Elizabeth Shoffner, 81, of Philipsburg, passed away Thursday, August 20, 2020 at Mount Nittany Medical Center, State College. Born October 26, 1938 in Philipsburg, she was a daughter of the late Russell B. McGuire and Verna V. (Fleck) McGuire Swisher. Jean worked as a trainer at the former General Cigar Factory and was of the protestant faith. She prayed for and loved everyone. She first married Alvin B. Dixon on May 22, 1955 and raised her surviving son Alvin J. Dixon (and wife Mildred) of Barry, TX. Jean is also survived by a sister Mona Rougeux of Chester Hill; three brothers John F. McGuire of Kylertown, William S. McGuire Sr. of Philipsburg and Edward L. ( and wife Cindy) McGuire of Allport; a sister in law Kathy McGuire of rural Philipsburg; two grandchildren Eric Dixon and Jennifer Dixon; four great grandchildren PFC USMC Christopher Dixon and Madeline Dixon, Marvin Gray and Steel Gray; numerous beloved nieces, nephews, many other loving family and friends and her beloved dog Maggie. She was preceded in death by her parents, her 2nd husband David R. Shoffner, a sister Janet McGarry and a brother Russell B. McGuire. Honoring her wishes, there will be no public visitation and services will be private at the convenience of the family. Memorial contributions may be made to the Dahlgren-Spewock Funeral Home, Inc., 228 N. Centre St. Philipsburg, PA 16866. Online condolences to the family may be made at www.dahlgren-spewock.com. Arrangements are under the care of the Dahlgren-Spewock Funeral Home, Inc., 228 N. Centre St. Philipsburg, PA 16866.

All rights reserved. This obituary is also archived at obittree.com