To share your memory on the wall of Elaine Kephart, sign in using one of the following options:

To send flowers to the family or plant a tree in memory of Elaine Kephart, please visit our Heartfelt Sympathies Store.

Receive notifications about information and event scheduling for Elaine

There are no events scheduled. You can still show your support by sending flowers directly to the family, or planting a memorial tree in memory of Elaine Kephart.
Visit the Heartfelt Sympathies Store

We encourage you to share your most beloved memories of Elaine here, so that the family and other loved ones can always see it. You can upload cherished photographs, or share your favorite stories, and can even comment on those shared by others.

Posted Jan 24, 2019 at 12:00am
To the family, please take comfort in Jesus Christ words "there will be a resurrection and sickness and death will be gone forever." John 5:28,29;rEV.21:4 For more comforting words, please visit: JW.ORG
Comment Share
Share via:
DC

Posted Jan 17, 2019 at 12:00am
My thoughts and prayers are with you during this time of loss. Her greatest journey has just begun ! David Crain
Comment Share
Share via:
MA

Posted Jan 16, 2019 at 12:00am
Don-my thoughts and prayers are with you, your children and grandchildren at this time. We know that God is good-always.
Comment Share
Share via:
MF

Posted Jan 16, 2019 at 12:00am
God gave Elaine to you, for 85 yrs., now she is returning to God... for Life is Eternal, Love is Immortal and Death is just a Horizon beyond which we cannot see with our earthy vision. Bill & Myra Fowler
Comment Share
Share via:
CC

Posted Jan 16, 2019 at 12:00am
I would like to express my deepest sympathy to family and friends. May all of your good memories be greater than your sadness during this difficult time. (Isaiah 25:8)
Comment Share
Share via: 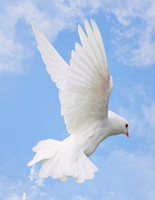